Is there such a thing as hereditary hemorrhoids?

Firstly  let me explain what hereditary means so that we understand each other. Hereditary for our purpose, is the  passing on of the genes from one generation to the next. Example from father to son.

Well again this is a debatable subject.

So what to think. 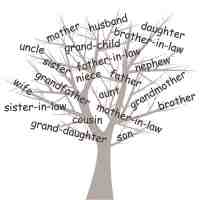 On the other hand I do not believe you can inherit weak vein walls.

However, I do believe that you learn what you see or hear growing up at home  from what your parents do.  If they had bad habits that caused hemorrhoids, it is most probably certain that you will have the same bad habits and cause yourself hemorrhoids.

A good example of this is with myself. Mum suffered from hemorrhoids. One of her bad habits was going to the toilet every day at the same time.

Not knowing any better, she taught me to go to the toilet at the same time. As a result I also got hemorrhoids at an early age of eight.


This above example of me getting hemorrhoids is not hereditary ,as it was not passed on in my genes. But it was still caused by my family upbringing.

Hence I classify it as indirect hereditary.

Anyway hereditary or not. It does not matter, because you can do something about relieving hemorrhoids now, even if they are hereditary.

Return from Hereditary to Home Page

Return to What Causes Hemorrhoids