The hemorrhoid cushion better known as the doughnut cushion because of its shape like a doughnut. Recommended by many sources to helping alleviate the pain associated with hemorrhoids. 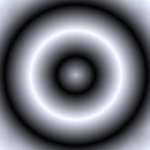 Unfortunately this recommendation is not entirely correct. One of two things can happen with a doughnut cushion.

Scenario One: The cushion itself is very soft. Your pressure on the cushion pushes down hard compressing the cushion completely, especially if you are on the heavy side. This will result in the hemorrhoids, ultimately  touching the seat or the sofa, or wherever you are sitting,  in the middle of the doughnut. Thus you will not relieve the pain at all, as you will actually be sitting and pressing on the hemorrhoids.

Scenario Two: The cushion is hard and resists your pressure when pushing down. This is especially true if your are rather on the light side in weight. This will result in maybe some pain relief from your hemorrhoids by not touching the seat. It will however not relieve the hemorrhoids, or the pain from all the pressures of your body pulling down towards the center of your anus.

This will also cause the hemorrhoids to deteriorate further and still cause some degree of pain. This scenario is similar to sitting on the toilet for long periods of time.

Therefore the cushion is not a good solution to use in hemorrhoid pain relief.


A better solution I found was to sit slightly on your side. In other words sit on one of your butt cheeks, rather than sitting on both cheeks. This system relieves the pain without adding anymore pressure on the anus.

Alternatively, another good position is lying on your back, on the sofa raising your feet slightly with a cushion.